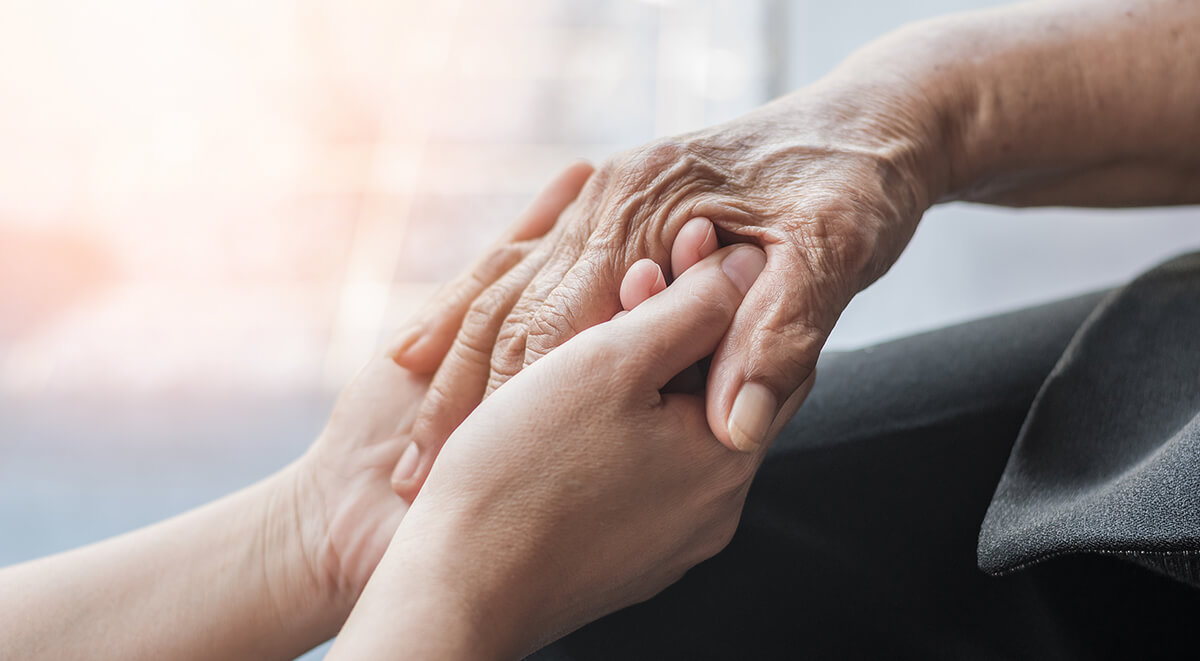 September is World Alzheimer’s Month, an international campaign organized by Alzheimer’s Disease International (ADI) to raise awareness and challenge the stigmas surrounding the disease. Characterized by progressive memory loss along with neuropsychiatric symptoms, Alzheimer’s disease (AD) affects two out of every three people or roughly 13 million people globally. An irreversible progressive neurological disorder, AD is a form of dementia that severely affects the quality of patient’s lives.

Since its discovery in 1909, hundreds of treatments have been tested, but there is still no cure for the disease. In July 2020 alone, the National Institute on Aging (NIA) reported funding for 233 active trials including cutting-edge AD treatments and technologies. Although there are many trials available, researchers continue to struggle with recruiting enough patients to participate as it can be difficult for people with dementia to engage with trials. The key to successful enrollment and engagement for these studies is specialized care from clinicians who understand the intricacies and sensitivities of the disease.

For the past 15 years, PRC Clinical has worked hand-in-hand with sponsors and patients across a range of CNS and neurology trials including Alzheimer’s, ALS, Parkinson’s, and many more therapeutic areas. To mark the beginning of Alzheimer’s Awareness Month, we’re looking back to see how far research has advanced while also exploring how far we still have to go in order to eradicate this devastating disease.

The Discovery of Alzheimer’s and Its Potential Cause

Although Alzheimer’s was identified more than a century ago, it remained a mystery for many years, as researchers uncovered little to no insight into the underlying cause of symptoms ranging from memory loss to impaired thinking, reasoning, and personality changes. It wasn’t until 1984 when scientists first discovered a potential connection with beta-amyloid, a protein believed to be the chief component in the death of brain cells in Alzheimer’s patients.

Armed with this hypothesis, research largely funded by the NIA commenced as a nationwide infrastructure was established. Through this, a secondary component to the disease was discovered, which is the tau protein, believed to cause neurofibrillary tangles (NFTs). Both tau and beta-amyloid are commonly seen in brain regions that are affected during AD, which furthered the association with cause.

An Era of Firsts

Just three years after the discovery of beta-amyloid, the first Alzheimer’s drug trial was launched using the drug tacrine, developed to specifically target AD symptoms including memory and cognition. However, this would not be the last of firsts for Alzheimer’s research in 1987 as the first gene associated with rare forms of AD was identified as a precursor protein from which beta-amyloid is formed. This discovery opened the door for later testing to identify additional genes associated with the disease, including the discovery of the first risk-factor gene in 1993, APOE-e4. Later in the same year, the FDA approved tacrine (Cogex), while the first World Alzheimer’s Day was launched by ADI.

The next year, researchers announced that the first transgenic mouse model had been developed, paving the way for future models. By 1999, the first “Alzheimer’s vaccine” directed against beta-amyloid was shown to be successful in mice, preventing the animals from developing plaques associated with AD.

The Modern Era of Research

By the year 2009, a robust network of initiatives and advocacy groups were established, acting as a catalyst not only for Alzheimer’s awareness but for research into the disease. The next year, the first model of biomarker changes during AD progression was published, outlining a working hypothetical model of the “pathological cascade” of disease progression and symptom severity. This model has become a focal point across research conducted into AD biomarkers and is regularly revised based on research as it happens. At a national level, President Obama signed the National Alzheimer’s Project Act (NAPA) into law establishing a plan to prioritize and accelerate research into the disease, while also providing better care and support for people living with AD.

Subsequently, the first major trial for the prevention of AD was initiated the following year, aimed at testing a drug therapy to prevent the onset of symptoms. Two years later, an analysis of over 74,000 people revealed 20 new genetic variations, of which 11 were newly linked with AD and added to mounting evidence that the immune system may play a role in the disease. By 2014, Biogen and Eisai Co., Ltd., announced additional Phase II clinical trial results of BAN2401, a therapy meant to tackle the beta-amyloid protein deposits, which was shown to successfully reduce buildup and slow the decline in thinking. This trial represented the second in a series to demonstrate a combination of beta-amyloid reduction and cognitive benefits from the mouse monoclonal antibody mAb158.

The Future of Research

Alzheimer’s funding reached an all-time high in 2019, at over $2.8 billion. Unfortunately, much of the beta-amyloid research has not led to any significant interventions. However, there have been some steps toward new technologies for early diagnosis including blood tests, which are proven to be 94% accurate in finding changes in the brain related to AD. As we continue to search for a cure, innovative biotech will continue to be at the forefront of Alzheimer’s research, developing therapies for the central nervous system (CNS). As Alzheimer’s drug development and research is marred by a high failure rate, researchers will continue looking into new treatments well into the future.

Assessing changes in cognition is central to determining the success of an AD trial, meaning knowledge of the nuanced changes that can happen is critical.  As such, the Disease Assessment-cognitive is used to capture subjective memory improvement during a trial. It is paramount that this rater scale is used consistently to ensure results are not only accurate, but will drive a successful endpoint for the study.

When you need specialized expertise for your CNS research, including Alzheimer’s, you deserve TLC from PRC.

The Right CRO: Vetting Process for Your Complex Therapeutics